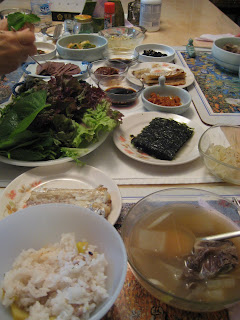 I've been busy gorging myself with incredible Korean food and learning, seeing and tasting all that Korea has to offer. It's been an amazing adventure so far.

It all started with the best of the best -- a home-cooked meal by none other than my Mom. It was comforting and just like I remembered it. A block of chunky, silvery kalchi fish seasoned only with salt and broiled; some boiled radish namul that's neutrally seasoned with salt, sesame seeds and sesame oil and of course, beef soup with radish squares. 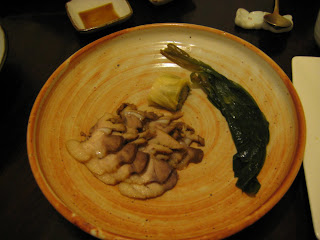 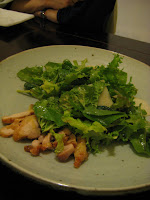 Then on to one of my favorite restaurants in Seoul, the newly artsy Samchongdong near the Blue House, to be exact -- Sosonjae. Sosonjae loosely translates to "a place that serves simple food." It serves multi-course lunches with various price ranges. The greens salad had a refreshing dressing that was slightly citrusy and spicy (mustardy) at the same time. It's traditional Korean with a modern twist but not in a bad "fusion" kind of way. My personal favorite dish was the steamed pork belly slices that came with something I've never had before -- garlic leaves that had been pickled in a soy sauce-based liquid. Also accompanied was a stack of nappa cabbage pickled only with salt. The pickled garlic leaves were incredibly flavorful and perfect to wrap morsels of pork belly in -- topped with the nappa cabbage. 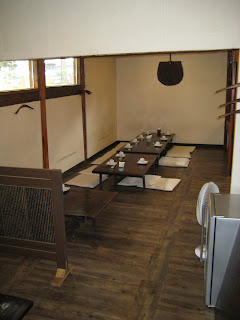 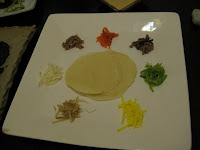 The jeon were good, except the seaweed pancake was a bit strange (also a first). Gujulpan, the mini-make-it-yourself burrito with a bunch of veggies was ok but I'm not a huge fan of the dish anyway. The kyejang, or raw crab marinated in soy sauce and garlic, was fresh and salty as it should be. The deep fried tofu pockets filled with minced mushrooms was not as flavorful as I've had it in other places. Still, this place is a winner, if nothing else for that garlic leaf-wrapped pork. It's a match made in heaven. It helped that the decor was serene and very conducive to shameless consumption. 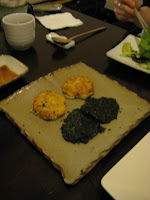 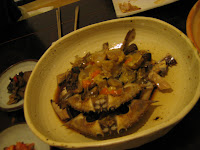 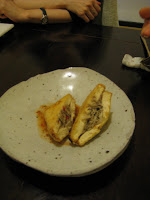 For dessert, we headed to a place specializing in red bean porridge that calls itself "the place that serves the second best porridge" because the best must be your mom's. The porridge had been through a mixer so didn't have any grains, which I prefer (with grains, that is). And a bit too much cinnamon for my taste, but I liked the chestnut touch. 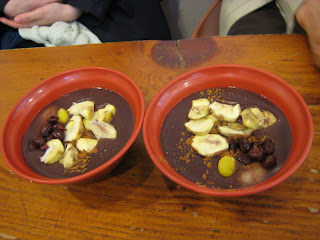 Place serving the second-best red bean porridge
Down the street from Sosonjae toward Kwanghwamoon
Posted by ironchef442 at 9:56 AM 2 comments: Links to this post