Korea Roundup 2011: One of the Best Charcoal-Grilled Eels Ever 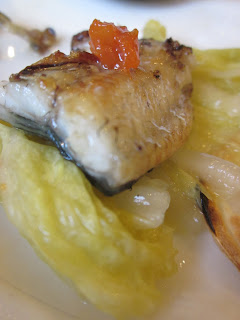 The only time I've had really good eel was at my fave sushi joint, Hiko Sushi, where I usually revel in my last piece (ok, usually anyway -- unless I decide I want another uni...) of my omakase with anago, or salt-water eel grilled and topped with a super light sauce.

I had some of best eel I've ever had at a place called Poongcheon Jang-eo Jeonmun in the suburban town of Bundang about half an hour from Seoul. What a find. 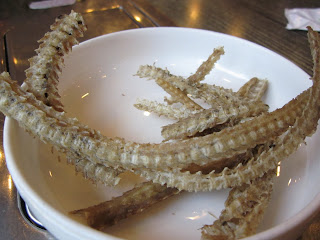 First of all, you gotta love a place that serves you deep fried eel bones as soon as you sit down. I'd never had that before, so was skeptical but I was hoarding them after the first crunchy bite. Note to self: fried eel bones would make great anju, or bar food.

I know they look like they've been displayed in a natural history museum but they were excellent, packed with calcium and sure beat lame peanuts as my bar food of choice. 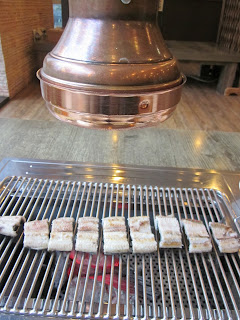 After a bunch of banchan, or side dishes, were placed before me, nine neatly chopped pieces of minmool jang-eo, or freshwater eel, were laid out on the grill tableside with a copper-toned vent to ensure my clothes wouldn't stink of burnt eel afterward (not that I'd mind).

I went with the sogeum gooey (gooey means grilled in Korean, not anything resembling the texture of okra) upon the owner's recommendation. Also, I knew that if the eel were truly fresh, the best way to enjoy it would be in its purest and simplest form -- seasoned with nothing but a little salt.

And I was not disappointed. 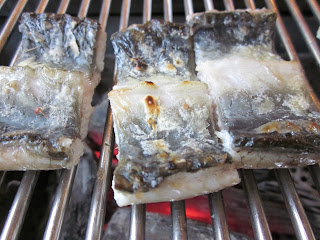 I flipped the eel pieces to ensure they would be nicely browned on both sides. And I dug in. Wow. The flesh was so incredibly tender and tasted like it had just been caught. 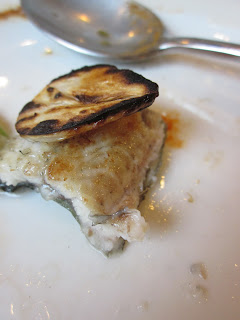 The cool thing about this place was that like with Korean barbecue, there was an array of different ways I could eat the eel. Solo, wrapped in pickled kkennip (perilla leaves), with some grilled raw garlic, with a buchu (this is the green that I recently raved about on this post) and onion  "salad," wrapped in ppongnip (pickled mulberry leaves), pickled radish or cabbage leaves -- the list goes on.

Then there was ssamjang, a dip that struck a perfect harmony of salty and spicy from a mix of fermented soybean paste and red pepper paste and other aromatics that is consumed with a wrap (where the ssam part of the word derives from) containing a protein and greens.

Check out "the works." 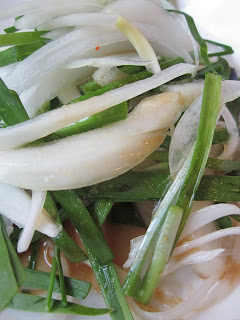 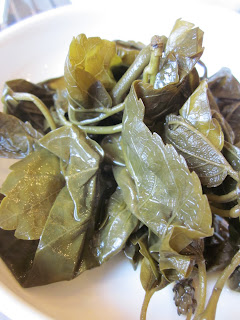 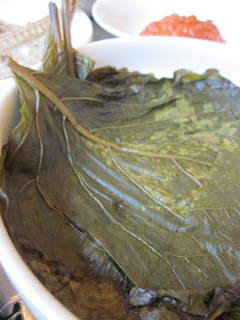 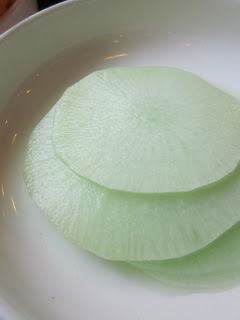 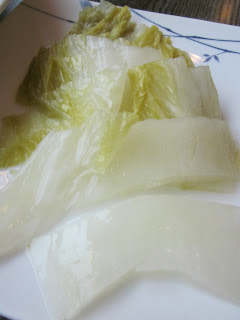 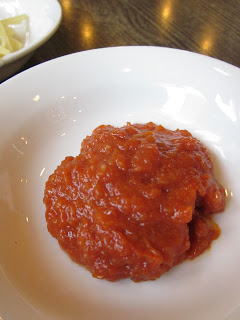 I had three favorite ways to eat the eel. 1) Wrapped in the pickled perilla leaf, 2) wrapped in a radish round and topped with a slightly charred slice of garlic and 3) wrapped in napa cabbage (it's a non-spicy form of kimchi -- basically pickled cabbage) and topped with some ssamjang. 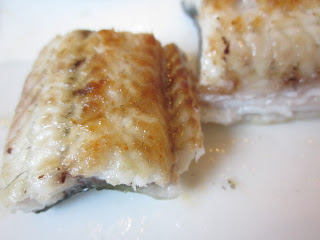 There's something about the combination of tangy and oily (in the best way possible) fish finished off with another dimension of flavor by way of garlic or some kick.

I'm tempted to go into a rant about LA not having a place nearly this good (I'll have to stick to Hiko for now. Sigh.) but I'll spare you. 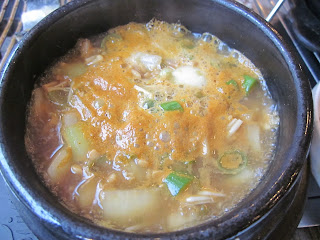 It was hard to believe, but the duenjang jjigae, or fermented soybean stew, and gyeranjjim, or savory egg custard, that came sizzling to my table in all their rustic glory were just as good.

The duejang was hearty and bold in its saltiness with tofu cubes, mushrooms, onions, zucchini and green onions. The egg custard (check out those bubbles!) was soft and the epitome of comfort itself -- topped with the perfectly color-combined green onions on a yellow background. The green onions are added at the very end so they don't overcook and they stayed crunchy here too. I would have finished it off had I not been relishing every single piece of that eel so much. 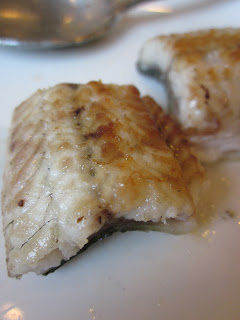 They say eel has 200 more times vitamin A than beef and Korean men literally eat it up because it's supposed to be good for virility (What's up with Korean men and their obsession with eating anything that's supposed to help in that department? That's a whole other post.). Whatever.

All I know is that it's incredibly delicious and although it doesn't come cheap (about US$23), the treat is well worth it.